This is a chronological list of all primary JonTronShow videos.

Note: Announcement videos do not belong here as there is a page for them. A comprehensive list of videos that Jon has removed from his channel can be found here.

When providing links, please provide first-party links from Jon's YouTube channel. NormalBoots links are not needed anymore as Jon is not currently affiliated with them anymore.

The two-part Daikatana video has Jon doing a review of the titular video game. Though the video is fairly straight-forward, and soft-spoken compared to later features, it set in motion the building blocks for the series and channel to grow in the future. For the sake of identification, it will be denoted separately from Episode 1 of the series.

The first fully-fledged era of Jon's YouTube career was one rife with discord and experimentation, with a grand medium of "shows". Most, if not all but the JonTron Show itself, would end by the end of this initial period. Season One videos are identified by weaker production values, a slightly heavier Jon who regularly wore a hat, and an intro featuring Jon and Jacques walking around California with various video game screenshots overlaid on their silhouettes. Era 1 was severely slowed down due to Jon forming Game Grumps with Arin "Egoraptor" Hansen. Jon's retirement from Game Grumps was the effective end of Era 1, as Jon then became able to put forth more time and effort into the show. The spike in quality was worth the rebranding.

This era encapsulates Season 1 (episodes 1-19) of the JonTron Show, all of Jon's Top 10 videos, of which most have been delisted as Jon had become unhappy with the format, the start and end of his short-lived "Review?" series, a three-part series satirizing the Sonic the Hedgehog series, as well as numerous videos of seemingly random subject matter. 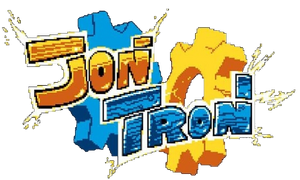 Era 2 began something of a rebirth of the channel. Jon had ended a majority of token "shows" instead opting to focus almost exclusively on his main show, as well as the occasional sketch, offshoot, and promotional video. The production values of this portion have been drastically increased. Jon had relocated from California to New York and thus records in a new location for this set of videos. Jon had also begun to branch out from primarily video game reviews, even tackling television shows alongside the odd film review. These videos can be identified by their pixel-oriented aesthetic. The intro is similar to the original, but the locations from California are instead redrawn in pixel animation, as are Jon and Jacques's silhouettes. The images within the silhouettes are much higher resolution. Additionally, variations of the intro played during Halloween and Winter-themed videos.

Era 2 consists of season 2 (episodes 20 to 34) of The JonTron Show, one sketch, one miscellaneous video regarding the Did You Know Gaming series, one gaming video, and two videos in the "How to Play" series, one of the only survivors of Era 1.

The third era of the channel is in several ways both more of the same and more different from Era 2. Jon's episodes gained a more streamlined format which served as an evolution of what came previously. In addition to the continued increase in production values, Jon introduced a new miniseries called JonTron's StarCade, a series of reviews of the various Star Wars video games over the years, with the framing device that Darth Vader has kidnapped Jacques and Jon must review all the games to get him back.

Arguably one of the most controversial seasons of JonTron, filled with long hiatuses, the divisive StarCade series, as well as a large number of promotions, sketches, and other such videos that deviate from the standard series, which is in stark contrast of the mostly straightforward Era 2.

While mostly focused on video games, this season also marked the start of JonTron's shift from a focus on video games to more generalized popular culture.

Era 4 was a very short era, starting in August 2017, following an extended hiatus and ending in December, beginning an even longer hiatus. It was the first Era to be completely devoid of video game reviews, which would be the fair standard moving forwards. As well as the first era to use unique thumbnails for all of Jon's videos as opposed to the previous template.

This was the final era to use the pixel-animated intro by Micha Frar. For Era 5, it would be phased out by a new, more varied intro that accentuates Jon's evolving content better. Additionally, Jacques does not appear in any significant capacity outside of the intro and title cards. 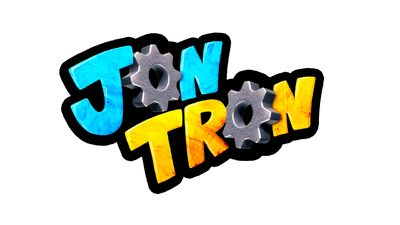 The fifth and current era in Jon's channel, premiering after an almost 1-year gap between the last major episode. Era 5 is easily the most drastic change since Era 2. The production quality has jumped up significantly, utilizing multiple sets for filming as well as bringing in more crew members to star in episodes, down to the point where Phil Swift himself made a personal cameo in Jon's Flex Tape II video.

Appearances on Other Channels

Additionally, Jon has appeared in 619 episodes of Game Grumps. He has also appeared on multiple series of PeanutButterGamer's Hardcore series and has featured as a guest on several of ScrewAttack's SGC's. He has also hosted several episodes of Did You Know Gaming (and his outtakes are on his YouTube).

Retrieved from "https://jontronshow.fandom.com/wiki/Episode_Guide?oldid=10017"
Community content is available under CC-BY-SA unless otherwise noted.