This article is a stub. You can help JonTron Wiki by expanding it. 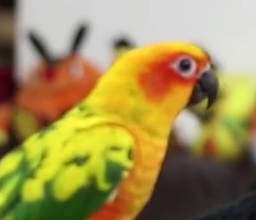 Spaghetti is a sun conure JonTron once owned along with Jacques. He made his only appearance at the end of Jon's California Games episode.

Jon and his girlfriend only had Spaghetti for about a week. Jon eventually had to rehome Spaghetti since he was too loud and was mean to Jacques.

Retrieved from "https://jontronshow.fandom.com/wiki/Spaghetti?oldid=7998"
Community content is available under CC-BY-SA unless otherwise noted.